The AEDP 2015-2036 is an important roadmap for Thailand’s Renewable Energy (RE) development. The overall RE target to be achieved is a 30% share in final energy consumption by 2036; including electricity, heat and fuel consumption. For electricity, the target is to have 20% of final energy consumption from RE, which is supposed to be equal to the total RE installed capacity of 19,684.4 MW (including hydro power). Thailand formulated these targets by addressing two types of power production, namely: 18% from Very Small Power Producer (VSPP) and 2% from domestic large hydro power plants. While the roadmap also sets the target of the provincial RE development by zoning of electricity demand and RE potential, it is also one way of Thai government to encourage on promoting power generation from Municipal Solid Waste (MSW), biomass and biogas to benefit both farmer and communities.

The target for electricity generation compared to the existing installed capacity in 2014 is defined in term of capacity [MW] and can be seen in Figure 4 below.

RE Target in the power sector 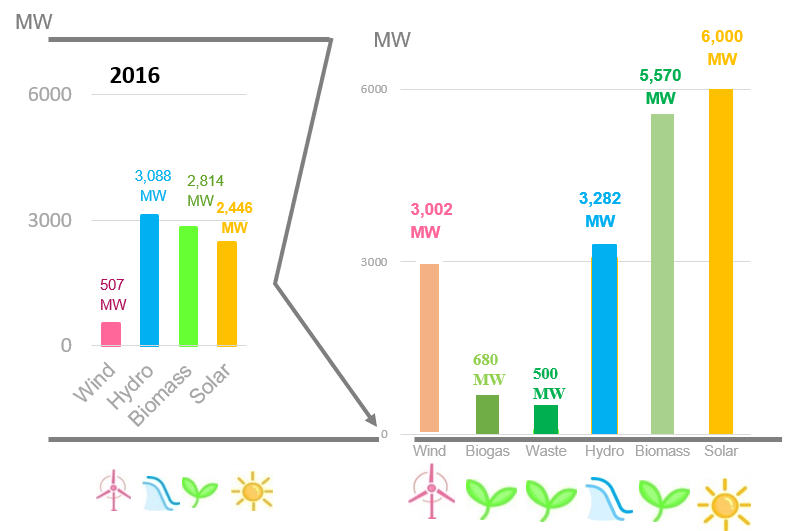 Note: In order to represent the data clearly, the scale of ocean energy and geothermal are different from the rest

Thailand's RE Electricity Generation on 2017

Thai government has introduced several incentives and mechanisms to promote investment in the renewable energy.  These includes, but are not limited to, Feed-in Tariff (FIT), investment grants, Board of Investment (BOI) incentives e.g. tax holiday, import duty reduction, land ownership rights for foreign investor etc.The latest version of Thailand’s Feed-in Tariff can be seen in Figure 7. The FIT for Solar PV, Municipal Solid Waste (hybrid management) and Biomass are varies depending on the capacity. The period of subsidy for almost all technologies is 20 years, except for Municipal Solid Waste (sanitary landfill) with 10 years subsidy period.An important legislative document in the energy sector constitutes the Energy Industry Act (2007), which sets a regulatory framework for private sector involvement in power generation (e.g. encouraging local communities and the general public to manage and monitor energy-related operations). Moreover, this legislation established Energy Regulatory Commission (ERC) – an independent regulatory agency, which is responsible for electricity and natural gas industry. Every private sector player in the energy business is obliged to obtain a license from the ERC.The Energy Conservation Act 1992 leads to the establishment of the Energy Conservation (ENCON) Fund. This fund aims to provide financial support in introducing and promoting renewable energy and energy efficiency and conservation (EE&C) technologies. The fund was built from levies on petroleum products. In addition to that, The Energy Service Company Revolving Fund (ESCO Fund) was established in 2008 by DEDE with the purpose to encourage investment in renewable energy and EE&C projects. The fund shall be used for following activities: equity investment, equipment leasing, ESCO venture capital, GHG project facility, credit guarantee facility and technical assistance. The fund has been managed by the Energy for Environment Foundation. 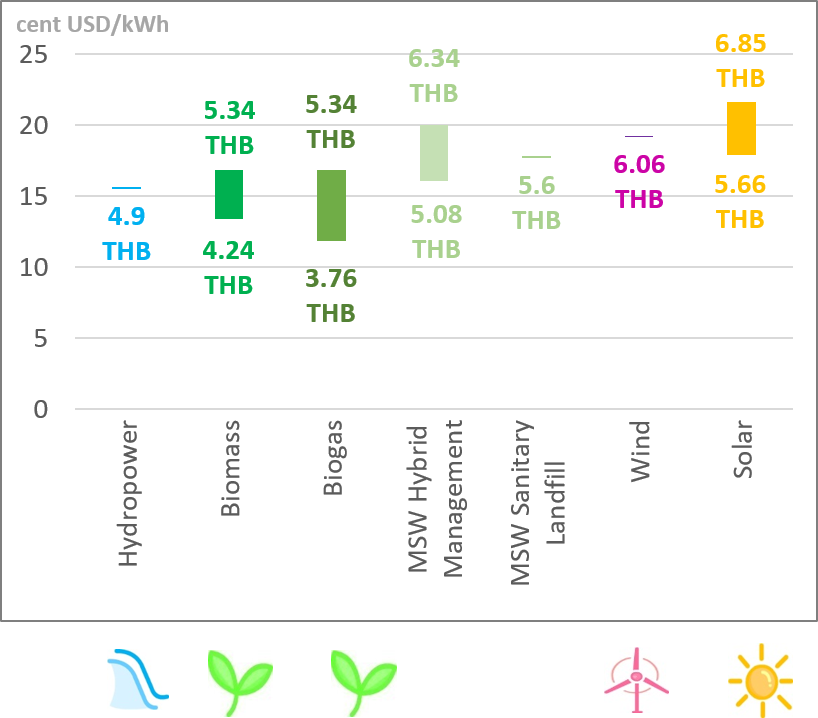