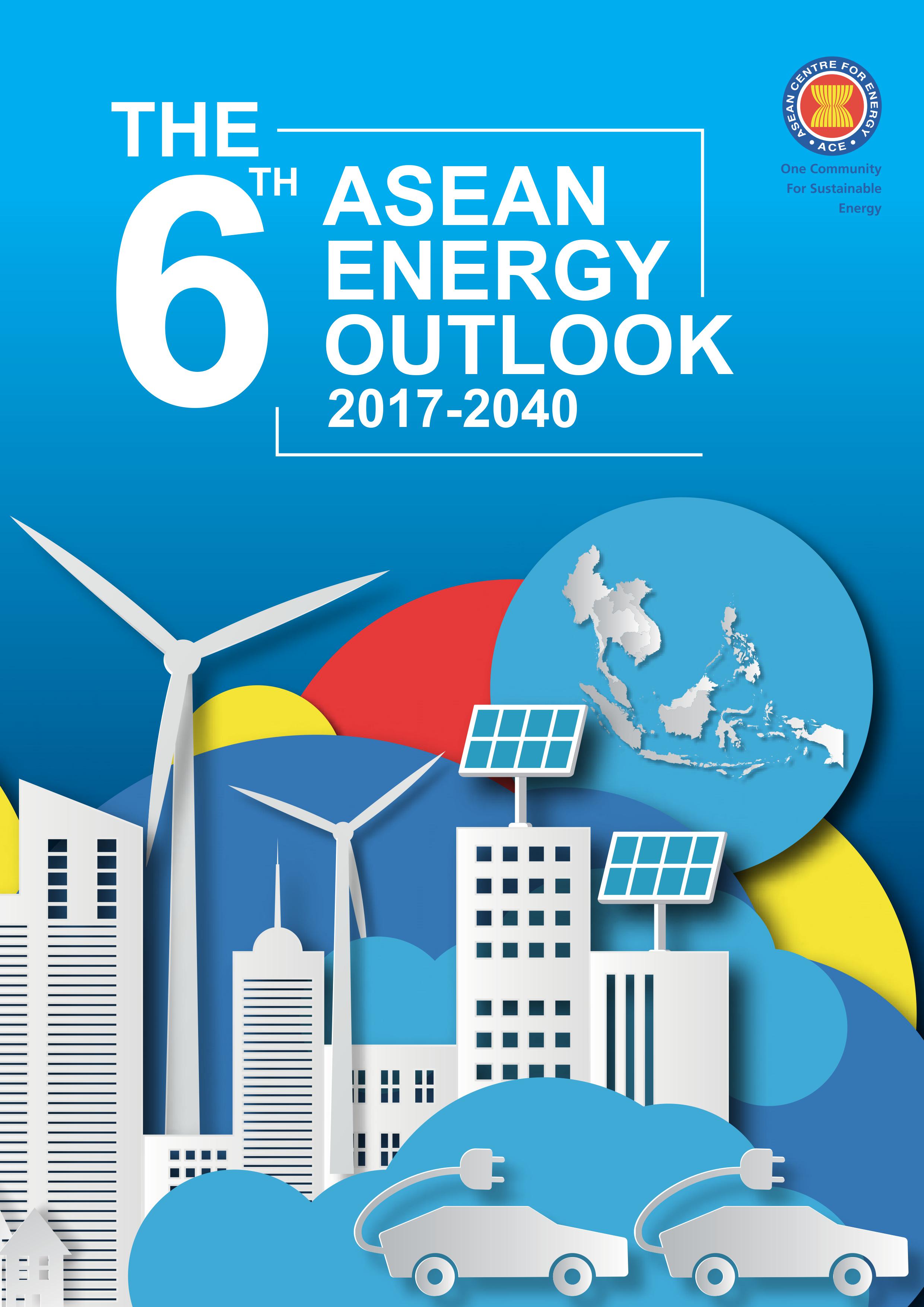 ASEAN Energy Outlook 6, the official primary source for energy information, projections, and analysis, is developed to support the ASEAN Plan of Action for Energy Cooperation (APAEC) 2016–2025, which aims to strengthen energy security, accessibility, affordability, and sustainability in the region. The outlook examines how the region can meet its growing economy and population’s energy needs until 2040, including different ways forward and their implications for energy security, socio-economic development, and the environment. In addition to the Baseline Scenario, AMS Targets Scenario (ATS), and APAEC Targets Scenario (APS), the outlook also explores an additional scenario that has not been modeled in the previous edition yet, which is the Sustainable Development Goals (SDG) Scenario.

The findings concern that fossil fuels (coal, natural gas, and oil) will continue to predominate the region’s energy supply, consumption, and power generation until 2040. However, the efforts made in ATS and APS are proven to slow the growth of energy demand, mainly due to the significant energy savings in industry, and accelerate the growth of renewable energy (RE), especially for biofuels, solar PV, and wind. On the other hand, with electricity and transport sectors as the biggest emitters of greenhouse gasses (GHGs) and air pollution in ASEAN, ATS, and APS projected 28% and 46% emission reductions respectively, compared to Baseline Scenario projection (2017), mainly from the transport and power sector.

Furthermore, the outlook mentions that the United Nations SDG 7 target on renewable energy, energy efficiency, and access to electricity (100% electrification rate) are safely covered in ATS and APS. Simultaneously, advances in clean cooking are met in SDG Scenario by switching from traditional biomass or kerosene to LPG cooking. Increased RE penetration also boosts energy security through diversification and self-sufficiency while reducing GHG emissions and the social cost of energy. The outlook states that substantial power sector investments are required in all scenarios, ranging from USD 486 billion to USD 584 billion between 2018 and 2040.

Moving forward, the team will continue to work on the dissemination of the AEO6 and further improvements for the next edition of AEO. Significant efforts in data collection and capacity-building on energy-related data focusing on the standardisation and harmonisation of data quality among all AMS will be made. It is also mandatory that transparency, constant communication, and consultation with AMS expert as the cornerstones of model enhancement efforts are ensured in every step. (MW)

The flagship publication is developed by ASEAN Centre for Energy (ACE) with support from the Deutsche Gesellschaft für Internationale Zusammenarbeit (GIZ) GmbH through the ASEAN-German Energy Programme (AGEP) on behalf of the German Federal Ministry for Economic Cooperation and Development (BMZ), in close collaboration with experts and policy-makers from all 10 ASEAN Member States (AMS). It was launched at the ASEAN Ministers on Energy Meeting (AMEM) on 19 November 2020. Download the AEO6 here: https://agep.aseanenergy.org/asean-energy-outlook/