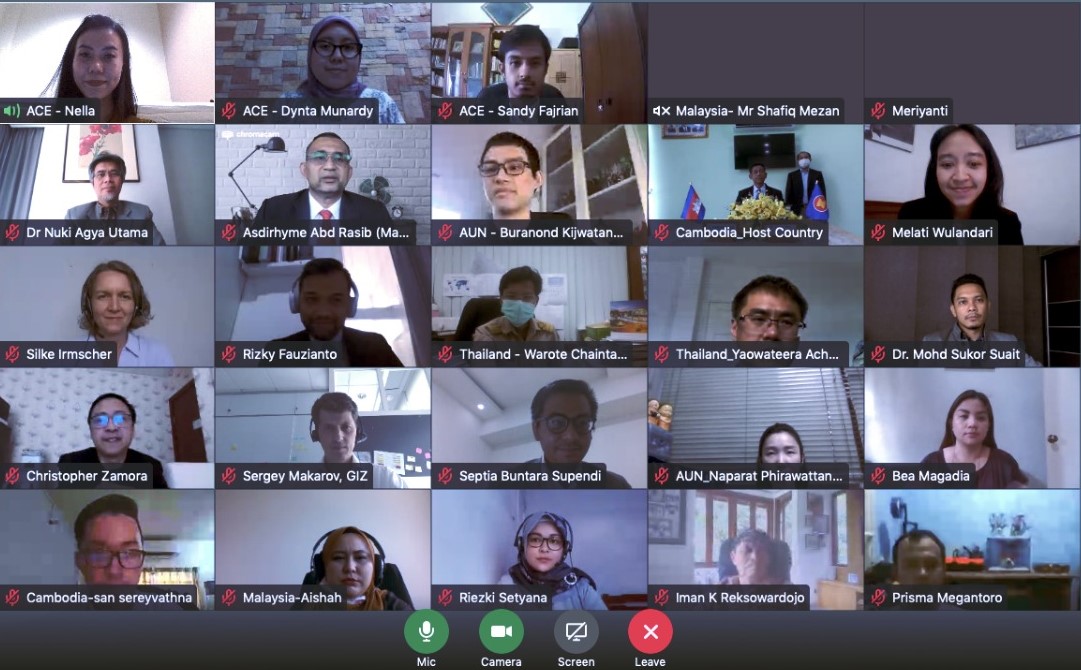 As stated in the ASEAN Plan of Action for Energy Cooperation (APAEC) 2016-2025, the ASEAN region envisages a target of 23 percent renewable energy (RE) share in total primary energy supply (TPES) by 2025. One of the key efforts in energy cooperation that has been identified to achieve this target is the research and development (R&D) in RE technology. The ASEAN-German Energy Programme (AGEP), a jointly implemented programme by ASEAN Centre for Energy (ACE) and Deutsche Gesellschaft fur International Zusammenarbeit (GIZ) GmbH on behalf of the German Federal Ministry for Economic Cooperation and Development (BMZ), has been in support to establish a nodal network on RE R&D that includes various identified key stakeholders in the region. The nodal network consist of representatives from the government or energy ministries through the RE Sub-Sector Network/RE-SSN (under the coordination of ACE), universities and researchers (under the coordination of ASEAN University Network/AUN), and engineers/energy experts from the private sector (under the coordination of ASEAN Federation of Engineering Organisation/AFEO). On 2 May 2021, a workshop was organised by AGEP Phase II as part of this establishment, with the objective to align the potential activities of the network with the needs of ASEAN Member States (AMS), based on the action plans from APAEC Phase II and the available resources of the members’ network. This is a follow-up event after previously a focus group discussion (FGD) was conducted last year (https://agep.aseanenergy.org/enhancing-the-research-and-development-rd-network-on-renewable-energy-re-in-asean/).

With a total of 97 participants, the workshop started with elaboration of the RE R&D nodal network framework that has been priorly discussed with AFEO and AUN as ACE’s partners, including several planned activities such as joint research/proposal, stakeholders database development, pipelining potential funding with R&D projects, workshop and other capacity building activities in the region. The session was then followed by presentation on APAEC’s Outcome Based Strategies (OBS) and Action Plans for Programme Area No 5: Renewable Energy, to see the alignment with the planned activities that has been discussed in the previous session. AFEO and AUN also got the chance to showcase their organisations’ profile and experiences to RE-SSN.

Some potential collaborations were foreseen under this network such as call-for-ideas for regional-scale study on state-of-the-art RE technology, which can be the base for high-level policy dialogue, and knowledge sharing activities (workshops, webinars, etc.) to support APAEC’s action plans. The network will also support the thematic topic on bioenergy to enhance its sustainability in ASEAN by conducting studies and discussion. The resources and expertise coming from each parties have become the great building blocks for energy cooperation and future collaborations in the region. Moving forward, ACE, AFEO and AUN are going to formalise the network by signing a Memorandum of Understanding (MOU) and continue to implement the planned activities. (MW)