Opinion: The Rise of Electric Vehicles (EVs) to Change Emissions Trajectory in the Region 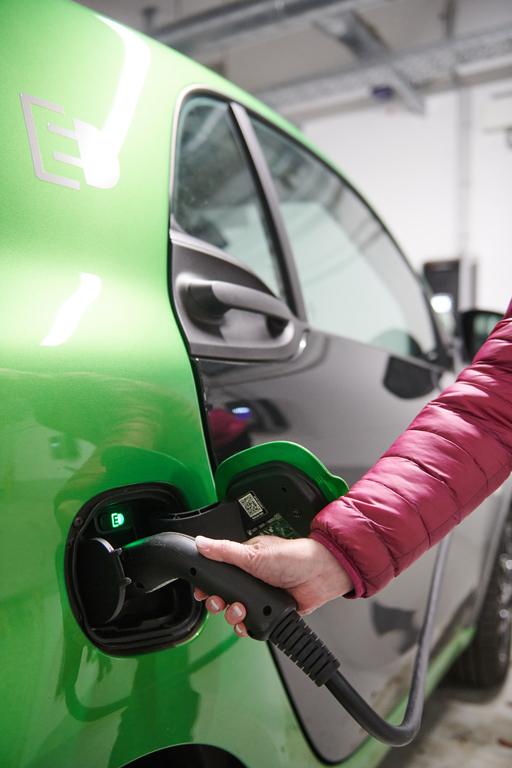 Written by: Melati Wulandari, Advisor for RE and EE, GIZ

Transportation has become one of the key sectors that shapes the energy landscape in ASEAN. In 2017, it took as much as 35% of the region’s total energy consumption, continuing its second largest position after industry sector since 2005. This leads to a heavy dependency on fossil fuels since transportation consistently accounts for the largest share of oil demand. Transportation has also been one of the largest emitters of greenhouse gas (GHG) in ASEAN, as it was held responsible for 23% of energy related GHG emissions in 2017. As shown in the 6th ASEAN Energy Outlook (AEO6), these trends will keep continue until the end of its projection year in 2040. AEO6 is the region’s official report on energy trends, policies, socio-economic development and environmental analysis, published by ASEAN Center for Energy (ACE) with support from Deutsche Gesellschaft fur International Zusammenarbeit (GIZ) GmbH through ASEAN-German Energy Programme (AGEP). Some of the key efforts from AEO6 to improve energy security and tackle the GHG emissions issue in the transportation sector are the adoption of low carbon vehicles by substituting oil products with biofuels and electric vehicles. While biofuels already play a significant role in several ASEAN Member States (AMS) energy strategies, EV adoption on the other hand is still in the early stages. However, several AMS have already set their EV targets and fast growth is projected in the region.

Singapore as one of the forefronts in EV implementation is committed to phase out all fossil-fuelled vehicles by 2040, with current population of about 1,400 EVs out of a total fleet of just over 950,000 vehicles in 2020. While keeping the EV numbers on track, Singapore  also focuses on ramping up the charging points installation  to achieve the targeted EV per charging point ratio of 8:1 in 2030. Thailand, as a regional hub for internal combustion engines (ICE) vehicles, is also making their way to establish the country as an EV manufacturing base by launching various financial incentives for all the major supply chains and utilising the skill set of domestic workers in the existing auto industry. The country is targeting 30% EVs, or about 750,000 units, of car production by 2030 and aiming to have around 2.5 million EVs (including cars, motorbikes and buses) on its roads by 2037. Indonesia, the largest economy and GHG emitter in the region, is also blessed with abundance of natural resources that happen to be the raw materials for EV battery such as nickel, cobalt, zinc and manganese. Having this key strength in attracting investment, the government of Indonesia has established a state-owned battery holding company and is currently in discussion with several investors to explore the options on assembling EV battery manufacturing plants. Indonesia also aims to have 20% of vehicle production comprising electric and hybrid vehicles by 2025 and to build over 1,500 charging stations by 2024.

Despite having different stages of development, AMS share the same message and direction in welcoming EVs in the region. While governments are racing to flourish the ecosystem of EV industry with policy and incentives, a regional study conducted by Nissan also demonstrates a great enthusiasm for EVs across the region. The survey found that 43% and 45% of Thailand and Philippines’ non-EV owners show intent to purchase electric and electrified vehicles as their next car within the next 3 years, while over 70% of the Indonesian public are further keen to own an electric vehicle. Even in the midst of pandemic where daily commute activities have been slowing down since last year, a resilient market trend is still shown not only globally but also in Thai EV car sales with 1.4% increase in 2020, while regular auto sales slumped by 26%. In Singapore, the same trend happened as well with the number of registered EVs on the road in 2020 increased by 5.3% compared to the previous year.

Considering targets and achievements above, the region’s main challenge in EVs adoption is still situated at the readiness of its infrastructure with currently some AMS like Cambodia, Lao PDR and Myanmar have barely any EV infrastructure in place. This is aligned with one of the biggest concerns in owning electric vehicles, based on Nissan’s consumers survey, which underlines the wide availability charging infrastructure as currently the number of existing charging station in ASEAN countries is still very limited. Ideally, the development of this infrastructure can be initially led by the government, which then followed with greater private-sector engagement to escalate the progress. The other part of EV infrastructure readiness is about the technological improvements as battery range and durability are the key determinant of adoption in the acceleration of EV markets. Despite the rapid reduction in the cost of batteries with more than 85% decrease since 2010 globally, it is still the most important and expensive parts with around 40-50% of the total vehicle price. This can only be tackled by achieving the economies of scale that will eventually help to attain more affordable EVs for the region.

Besides the infrastructure readiness, the main concern in adopting EV is the source of energy itself. ASEAN’s power supply is dominated by fossil fuels and the electricity generations in most AMS come from coal power plants, which means electrifying vehicles with the existing power grid mix would put further pressure on already strained system. So even if the vehicle itself is not polluting the environment via tailpipe emissions, the source of energy used in the electrification process might lead to greater overall GHG emissions in the region. Therefore, a grid integration with significant portion of renewable energy (RE) becomes vital in the success of widespread EV implementation. AEO6 stated that even when all the national RE targets are achieved (ATS Scenario), the share of RE in ASEAN energy mix or total primary energy supply (TPES) would only achieve 17.7% from the regional target of 23% in 2025. AMS efforts towards achieving or even surpassing their RE targets need to be pursued more rigorously in order to complement the current positive trend of EV.

In addition to the lag on RE grid integration, it is also noteworthy to address one of the common transportation issues faced by major cities: traffic congestion. The deployment of EV, along with the infrastructure development, needs to be equally emphasised on public transportation. In dense cities, buses are the key transportation vehicle that are not easily substitutable by cars without worsening congestion. As already operated in most AMS, including Malaysia and Philippines, electric buses have started to replace the operation of conventional ICE buses. Governments that are currently still in their pilot projects and in the earlier stages of EV implementation might benefit from observing and learning from this approach. Focusing EV in public transportation system becomes an obvious solution to tackle both issues on air pollution and traffic congestion especially in ASEAN capitals.

As EV is acknowledged to be one of the key technologies for reducing air pollution in densely populated cities in many ASEAN capitals, it cannot be positioned as a single solution to solve the region’s climate issues. It still needs to be complimented with mature market, infrastructure and strong sets of supply chain before it can conquer the mass production. High penetration of renewable grid is an absolute condition that needs to be met by the transport sector to succeed the energy transition with EV.  If not equipped with the continuous effort of greening the grid, EV might as well burden the existing fossil-fuel exhausted grid. Government supports in infrastructure and to push forward stronger policies are also notably essential in accelerating the EV adoption. With great reinforcement from the surrounding sectors, a successful EV implementation can be the key to a significant structural change in energy system, moreover for the region to contribute in limiting the global temperature increase to 1.5 degrees Celsius compared to pre-industrial levels as agreed in the Paris Agreement.