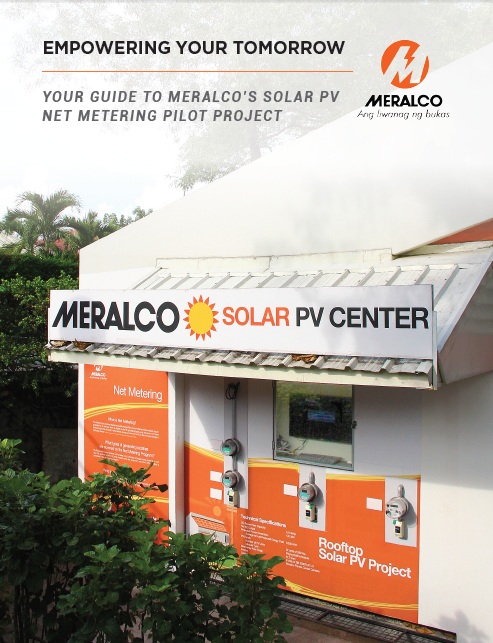 THE PHILIPPINES – The Renewable Energy Act of 2008 (RE Act) declared the policy of the state to accelerate the development and utilisation of the country’s renewable energy resources by providing fiscal and non-fiscal incentives, and one of them is net-metering scheme. With the Energy Regulatory Commission’s (ERC’s) promulgation of Resolution No. 09, Series of 2013, Net Metering became the first non-fiscal incentive program to be implemented.

According to the Resolution, Net-Metering is defined as a system, appropriate for distributed generation, in which a distribution grid user has a two-way connection to the grid and is only charged or credited, as the case may be, the difference between its import energy and export energy. Based in that, distribution utilities (DUs) are required to provide mechanisms for the physical connection and commercial arrangements necessary for net-metering.

To that end, Meralco fully supports the Government’s drive towards a more secure and sustainable energy future in partnership with other key players. Thus, Meralco published this net-metering pilot project to model and simulate the effects of interfacing with Solar PV system in the distribution network.

The ‘Net-Metering Handbook: Empowering Your Tomorrow’ aims to guide the commercial roll-out of Meralco’s net-metering program. The handbook collects the knowledge and best practices that Meralco has accumulated throughout the pilot study, outlining tangible guidelines towards a successful Net-Metering implementation.